When the king was changed into a frog, three iron bands formed around my heart to keep it from bursting with grief.

One morning I woke before dawn and hastened to prepare the coach. I felt compelled to drive it to a nearby castle. When I came to the door and knocked, the king’s son himself answered. He stood before me in the company of a lovely, beaming princess.

Was I dreaming? No, it was him, my dear lord! He had cast off his frog form and returned to himself!

On the way home, I was so full of joy that the iron bands around my heart broke. They cracked so loudly that the prince put his head out the window and asked, “Is the carriage breaking?”

“No, sir,” I replied through tears. “It is not the carriage breaking, but the bands around my heart that were formed when you were put under the spell.” 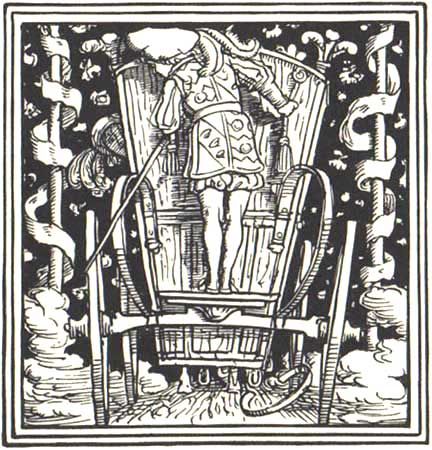