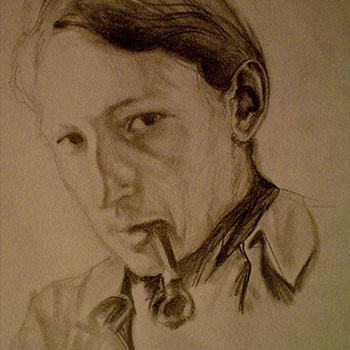 John Albert Bauer (4 June 1882 – 20 November 1918) was a Swedish painter and illustrator best known for his illustrations of gnomes and trolls in Swedish folk and fairy tales.

Born and raised in the Swedish city of Jönköping, situated on Lake Vättern, the young artist often made long excursions on foot into the deep woods of Småland, He absorbed the region’s myths and legends, many of which were told to him by his maternal grandmother who instilled in him a reverence for nature’s wonder and power.

When he was 16, John Bauer went to Stockholm hoping to study at the Royal Swedish Academy of Arts. Despite his great talent, he was too young to be admitted and had to wait two more years. During that time he improved his skills as a draftsman at a school for painters. He studied historical costumes, weapons, and buildings, but his favorite subject continued to be the dark forests, mossy boulders, and mountains of the countryside. The artist imagined the creatures living under the spattered light of the forest canopy amid plants, mosses, lichens and mushrooms. 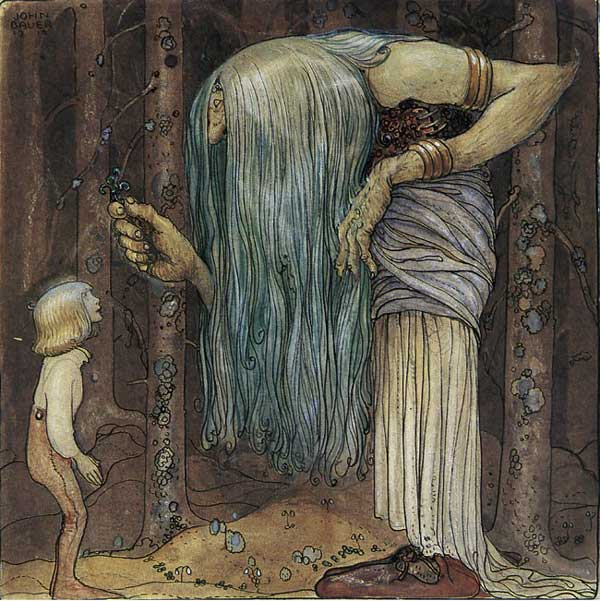 In a 1953 interview, Bauer’s friend Ove Eklund said that although Bauer only mumbled the words, he believed that all the creatures he drew actually existed. Eklund had walked with Bauer through the forests by Lake Vättern, and Bauer’s description of the creatures he saw made Eklund feel he could see them as well.

Yes, there he was, John Bauer, with his brown, eternal pipe glued to the corner of his mouth. Now and then he blew a small cloud of brown troll smoke straight up into the turquoise-bleu, sun-sparkling space. And muttered something far behind his tight, narrow lips—not always so easy to decipher. But I, having had the key for many years, understood most of it.

While at the Royal Swedish Academy Bauer fell in love with Ester Ellqvist, a talented artist who studied in the woman’s department at the Academy. She became Bauer’s muse and he painted her for the first time in 1904, in Sagoprinsessan (The Fairy Princess). The couple married in 1906 and their son Bengt (nicknamed Putte) was born in 1915. The painting Rottrollen (The Root Trolls) features Putte asleep in a forest amid troll-shaped roots. 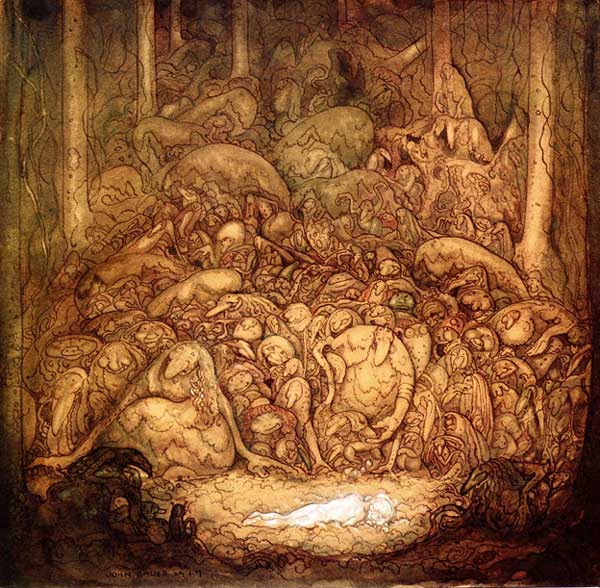 When Bauer was still a student, his book commissions began. He illustrated Anna Wahlenberg’s book, Long Long Ago, and then began illustrating for the annual collection Among Gnomes and Trolls.

After the outbreak of the First World War, Bauer felt that he could no longer imagine trolls and fairy tale creatures. He was drawn to other forms of expression in oil paintings, frescos, and set designs for theatre, but he was never able to fulfill those dreams.

In 1918, when John was 36, he, Ester and his three-year-old son traveled to their new home in Stockholm. Bauer booked the passage by boat instead of train because he was unnerved by a recent train accident that had been in the news. The family boarded the steamer Per Brahe to cross Lake Vättern. The ship had been loaded with iron stoves, plowshares, sewing machines and barrels of produce. The cargo did not fit into the hold and much of it had been stored unsecured on deck, making the ship top-heavy.

The weather was bad and by the time the steamer got out into the lake, a full storm was raging. The wind shifted the cargo on deck and the destabilized vessel capsized. It went down, killing all 24 people on board, most of whom were trapped in their cabins.

With the death of John Bauer, the world lost one of its most visionary illustrators, but Bauer’s legacy continues today in his beloved illustrations, especially of the forest creatures he imagined in the troll smoke.

One of his most celebrated paintings came from the story, Leap the Moose and the Little Princess Cottongrass, published in 1913. The story is about a princess who lost her heart in a lake. She sat by the water for so long that she turned into cottongrass, and there she remains, upholding the faith that she will one day recover her heart. 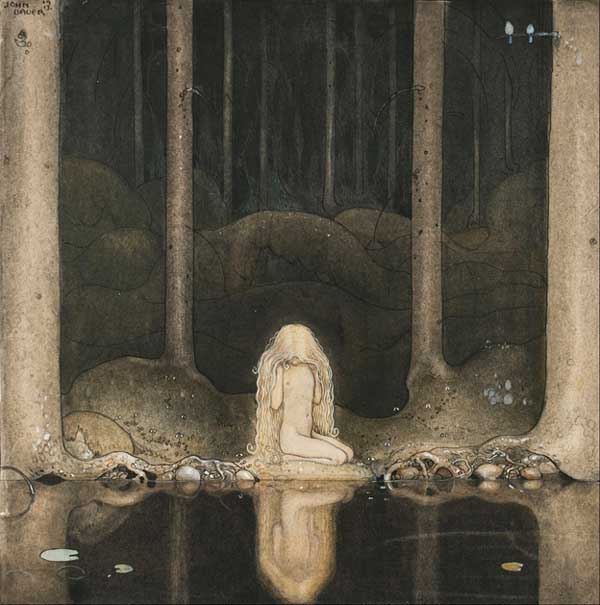 To read a retelling of the story, click here.

(To learn more about John Bauer, his life, and the troll stories, see An Illustrated Treasure of Swedish Folk and Fairy Tales, Floris Books, Edinburgh, 2019.)