I gave my ring to the prince who released me from the robbers’ den. I had been underground for twenty years! He promised to come to Arabia to marry me. He said he would arrive within a year, unless he had died.

At the end of the year, when he hadn’t come, I was bereft. Then one day, my servant brought me the ring that I had given to the prince. “Where did it come from? Is he here? Take me to him!” I cried.

She led me to the bathhouse, where a blind beggar sat on the steps. “I thought you had died!” I exclaimed, embracing him. Right away, I brought him to the palace.

My father thought it absurd to be succeeded by a blind man. He fumed and protested, but to no avail. At last, he said, “Fine. Have it your way. You’ve had your own way all your life.”

Ha! I was chained to an iron pole for twenty years by robbers! Anyway, what does it matter? He’s here. I’m here, and we’re going to be married!

Arabian Princess in The Prince and the Princess in the Forest, Olive Fairy Book. Painting by Dante Gabriel Rossetti. 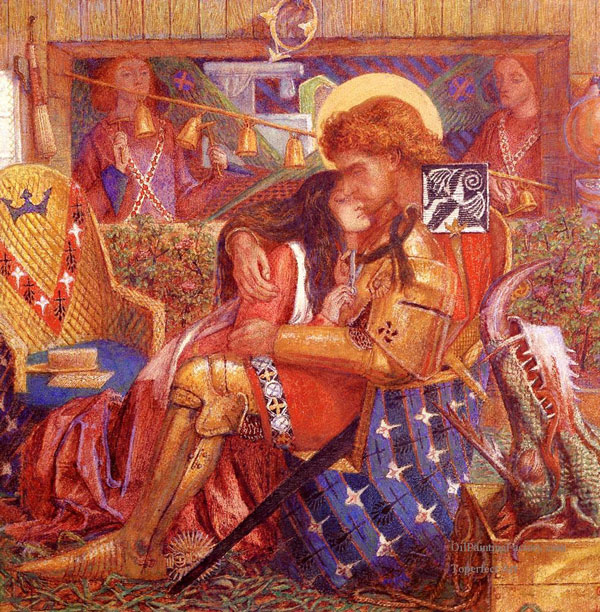