Ring of the Lady in Red

She wore me on her finger over the course of many years. He had forgotten her, but still she wore me. Then one day, she took me off and put me in the pocket of her red dress. She wore that red dress to her lover’s wedding feast, and, when the spell was broken and he remembered his past, she brought me to light.

He had given me to her on her twelfth birthday, when they were both children playing together with no thought of the future. They believed then that they were joined forever by me, and so they were.

And so they are.

The Ring of the Lady in Red in Geirlaug the King’s Daughter, Olive Fairy Book. Painting by Jules Pascin. 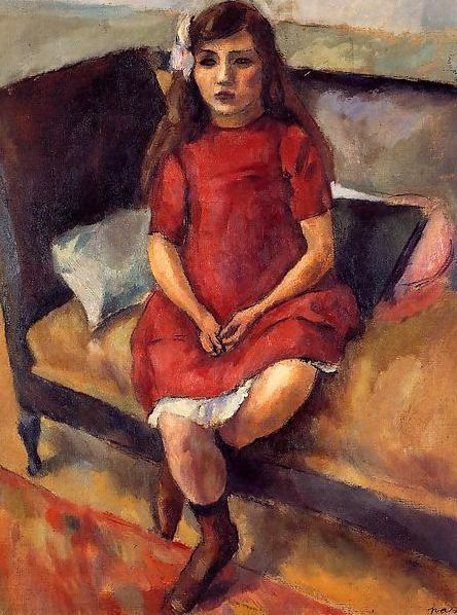