When I went into the strange, suspended palace, I found the prince fast asleep. I told him everything that had happened and how dangerous and difficult the way had been. I told him twenty times but he did not wake! Then I remembered the golden pomegranate that was given to me by a lady in the woods. I opened it, and the seeds burst out and turned into many little violins. They flew up into the vaulted roof, and played the most beautiful, stirring music.

Still, he did not wake! I opened the last of my presents, a little crystal scent-bottle. A tiny siren darted out and silenced the violins. Then she flew to the prince’s ear and told him everything I had suffered. She hadn’t finished before he woke and threw himself at my feet. 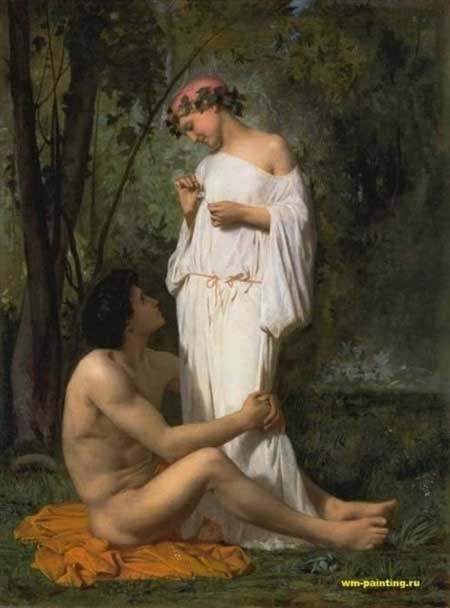