When the sweet child lay the bones of her brother at my feet, I began to stir myself. My branches parted and moved together. She looked up and saw that I was clapping my limbs and rejoicing! From deep in my roots, a mist rose with a fiery, burning center. A beautiful bird flew out of the fire, singing magnificently. He flew up into the air, and when he was gone, I became still again. Just as before.

The bundle of bones was no longer there, and the girl, who had come to me weeping, had become as happy as if her brother were still alive. 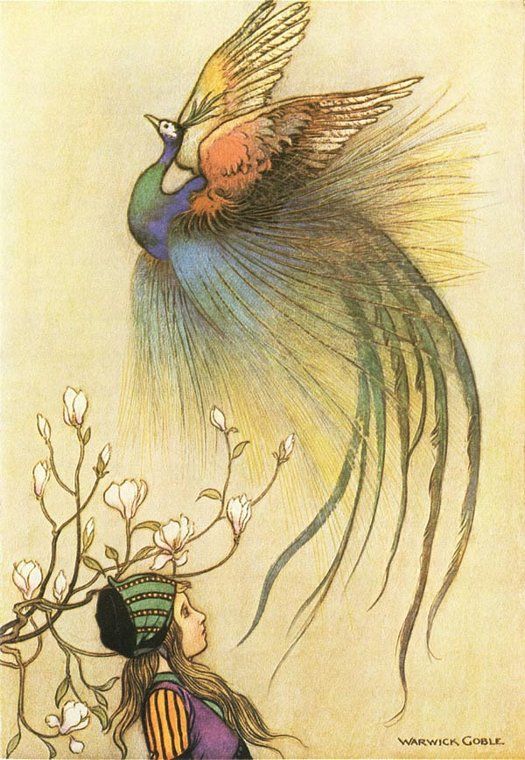