Covan Who Receives His Mother’s Blessing

Before I went on my way, my mother made me a small cake and a large cake, and she gave me a choice. I could have the small cake with her blessing, or the large cake without.

It would appear that my mother would rather have her sons starve with her blessing than eat well without it. My two older brothers chose the larger cake.

I decided to put faith in my mother’s blessing and I took the small cake. Like my brothers before me, I went out in search of my lost sister.

I was given work by an old man who instructed me to follow his cows and go wherever they led me. I avoided the temptation to chase after other things that lured me, and I kept my attention on the cows. They led me through a moor where the heather was burning. The fire was fierce but the cows took no heed. They walked steadily through it so I followed them. Then they plunged into a foaming river and I waded in after them.

Eventually they lay down on a wide plain where I saw a house built out of yellow stone. From it came the sweetest songs I have ever heard. As I listened, my heart grew light within me and I knew I had done the right thing to take my mother’s blessing and to follow the cows, for my faith had led me to this wonderful place. 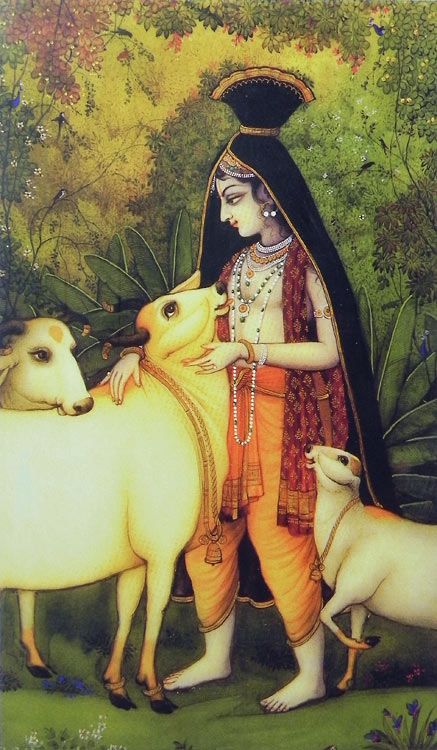