We had been turned into swans, and we relied on our sister to break the spell. To do so, she had to make shirts for the six of us. She had to weave them from asters, then sew them, and speak not a single word.

She hid in the woods for some time, but then the king discovered her, and he married her. She carried on with her secret task, but nobody understood what she was doing or why she could not speak. The king’s mother accused her of witchcraft. Even in prison, she worked on our shirts. On the day she was led to the stake, she had finished all but one. Mine was missing a sleeve.

My brothers live happily now, and they can forget what happened to us. But I have one swan’s wing, and I am asked, over and over again, to tell the story.

The Eldest Swan Brother in The Six Swans, Grimms. Illustration by A.W. Bayes. 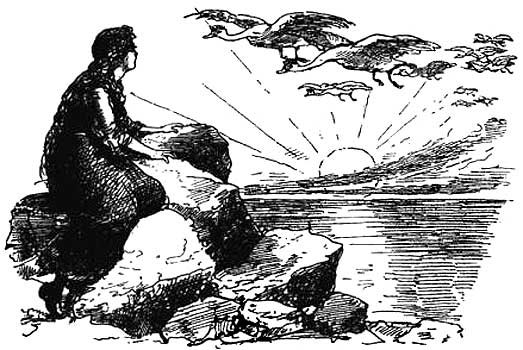