You would think that being a snow man, he would be interested in the flowers of frost that spread on the kitchen window in midwinter. But no, no, no! They only irritated him because he was trying to see through the window to the hot wood stove.

Now, I can understand a yard-dog like me being attracted to a wood stove, but a snow man? Why would he want to get anywhere near it?

When spring came, and he melted, I got an answer to my question. The children had built the snow man around the stove raker, and it was all that was left standing after the rest of him had run into the gutter. The mistress of the house came out to retrieve the rake, and she brought it back inside, and leaned it against the stove where it belonged.

Lucky rake! He had it better than a dog! 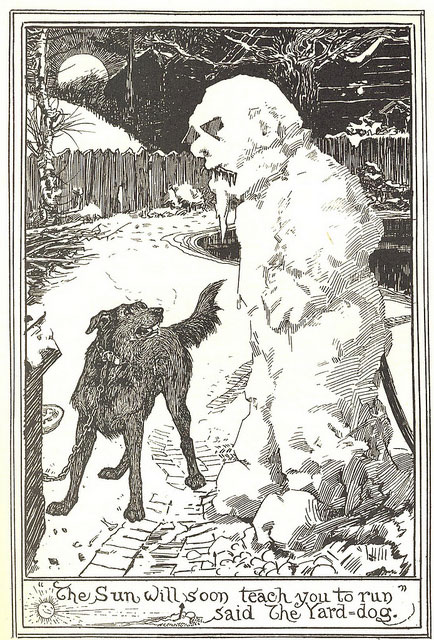