My two sisters and I sat around a table in our underwater palace, and raised our shell cups to make a toast.

One of my sisters drank to the health of a youth who wasn’t the least perturbed when she, in the form of a corpse, had tried to grab him from the grave.

The other drank to the health of a youth who shook her off when he she had tried to kill him.

I drank to the health of the youth who had saved the ship I was trying to wreck.

When we put our cups down, there he was, standing before us. He said he was looking for the match of a bracelet that one of my sisters was wearing.

We led him to the room where we keep all our treasures, and we gave him the bracelet. He went his way, seeking the fear he had not found. 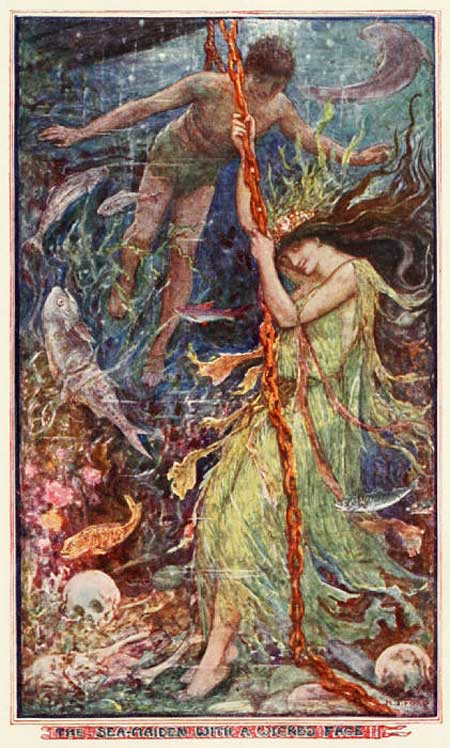