Only a good wind can heal the heart that a bad wind has broken. That’s what I told the king’s messenger. A week later I flew on the winds to speak directly to the king. Respectfully, I told him that his son’s illness was caused by an evil wind. A magic ball had snatched his beloved away, and he had not been able to recover from the loss. “Let the wind blow upon him that it may blow away his sorrows,” I said. “Let him spend some time in the fresh air.’

The prince began to feel better, but it took a year before he was able to go back to the bridge where his beloved had met her death. Only then did he hear her voice.

The Wind Wizard of Finland in The Water Lily, Blue Fairy Book. Picture by Nicholai Kochergin. 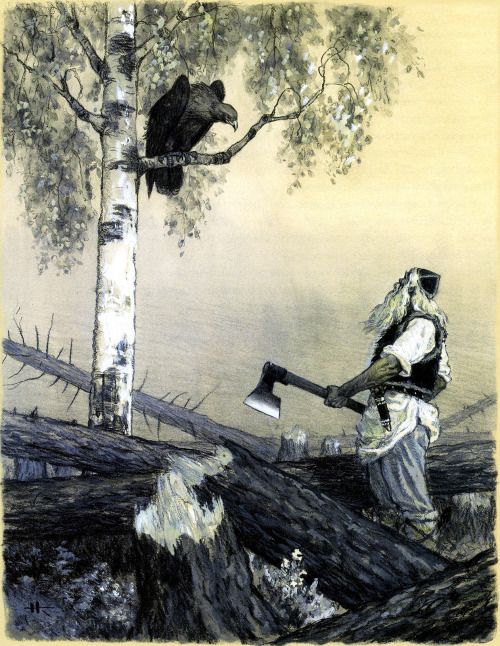