I set the boy down in the forest and told him he’d never see his parents again. But he had set me free from the cage, so I meant him no harm. On the contrary, I promised him a good life if he did what he was told. I made him a bed of moss and he slept well. At dawn, I brought him to the golden well. I told him to make sure nothing fell into the clear water, or it would pollute the well.

When I came back that evening, I could see he had dipped his finger into the water because he was hiding it behind his back. It was covered in gold. I knew that. I gave him another couple of chances to look after the well, but when I came back to see his hair gilded, I sent him packing. “Go forth into the world and learn what poverty is,” I said.

The boy wasn’t obedient, but he didn’t have a bad heart. I told him to call for me if he ran into difficulty. “Cry ‘Iron Hans,’ and I will come and help you,” I said. “My power is greater than you think.”

He stopped crying, wrapped his hair in a kerchief and set off out of the forest. 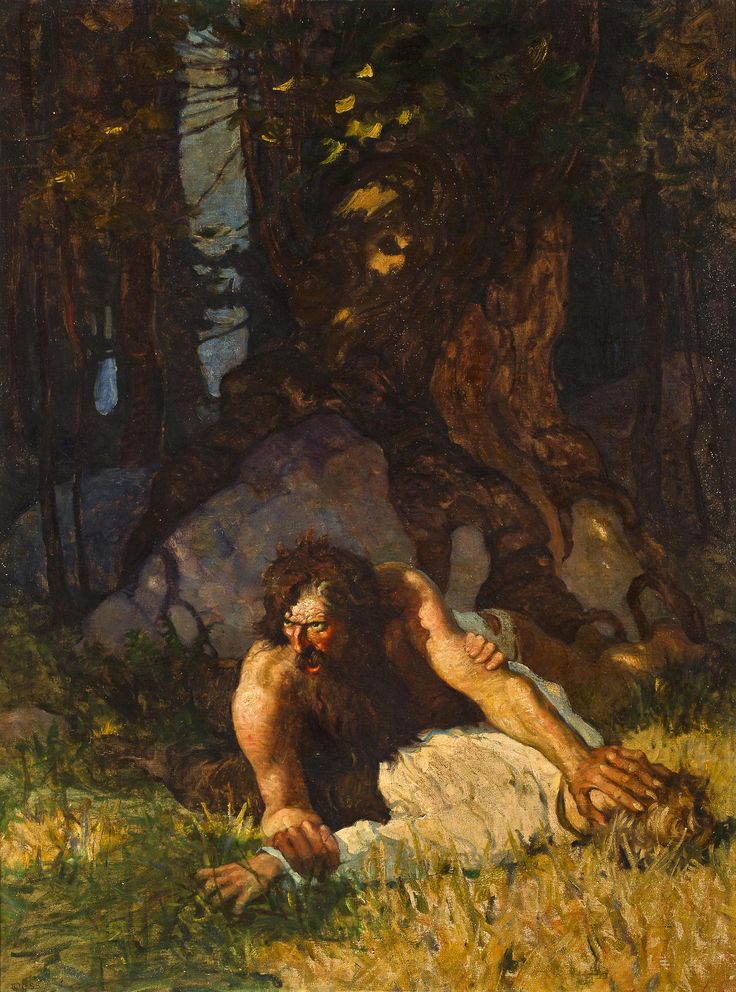