“That’s him! That’s him!” we cried when the young man stepped into the church. Me and my mate flew to him and sat on his shoulders.

A great silence fell on the room, like the silence of snow. When the priests found their tongues, they asked the young man if he would be Pope.

Then he was consecrated as His Holiness the Pope, just as the frogs had predicted.

When he had to sing a mass, he did not know one word of it, so we sang it all into his ears.

The White Dove on the Holy Man’s Shoulder, in The Three Languages, Grimms. Painting by Pablo Picasso. 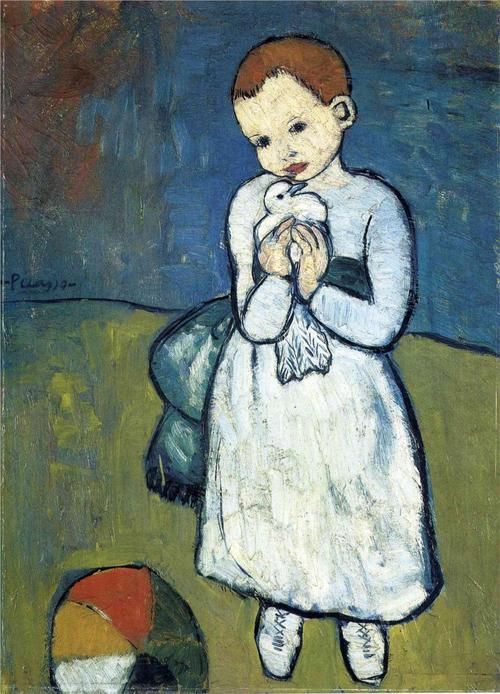