Everything is messed up, absolutely everything. I never should have taken those young lovers to the island. I’d forgotten that the waters had been poisoned by that silly, blundering fairy Dindonette.

I wasn’t thinking when I took them in my vessel. We just zipped off into the air. It was meant to be my last voyage, you know. I’m sick and tired of darting round the world. But this old Fairy won’t find her peace yet!

The children drank the island water and all of a sudden they started to age. After only a few weeks they were too old to marry.

Dindonette has managed to return the girl to her youth, but the poor fellow has grown into an old man, getting more decrepit by the second.

I haven’t the faintest idea what to do for him. Oh, I’m too old for this! 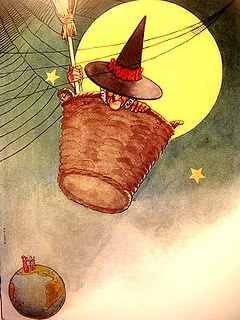