It was me who brought the queen to the fairy palace. Me! I introduced her to the fairies who granted her wish to have a child. They gave her a posy of jeweled flowers and told her that she could invoke the fairies at any time by speaking the flowers’ names.

When she decided to show her gratitude and invite the fairies to see her newborn child, she called on each of the flowers, but completely forgot me. Me, the crab who appeared to her by the waterfall and led her to the fairy palace!

They all came to her chamber in their fairy carriages, bearing a ridiculous heap of gifts, more than any baby could possibly need. I went, too, invited or not. I was so angry that my crab shape grew to fill the room.

“So I am forgotten! Who was it who soothed you in your trouble? Who brought you safely back home again? You overlook me, when these fairies who have done nothing in comparison, are petted and thanked?”

She tried to explain herself, and the fairies tried to excuse her, but I would listen to nothing. In spite of myself, however, my shell began to fall away until I shrank to my usual size.

“I could cause the princess to die, you know. I meant to do just that. But instead, she will bear her mother’s fault, as many children before her have done. The sentence I pronounce is that if she sees one ray of daylight before she is fifteen years old, she might very well die.” 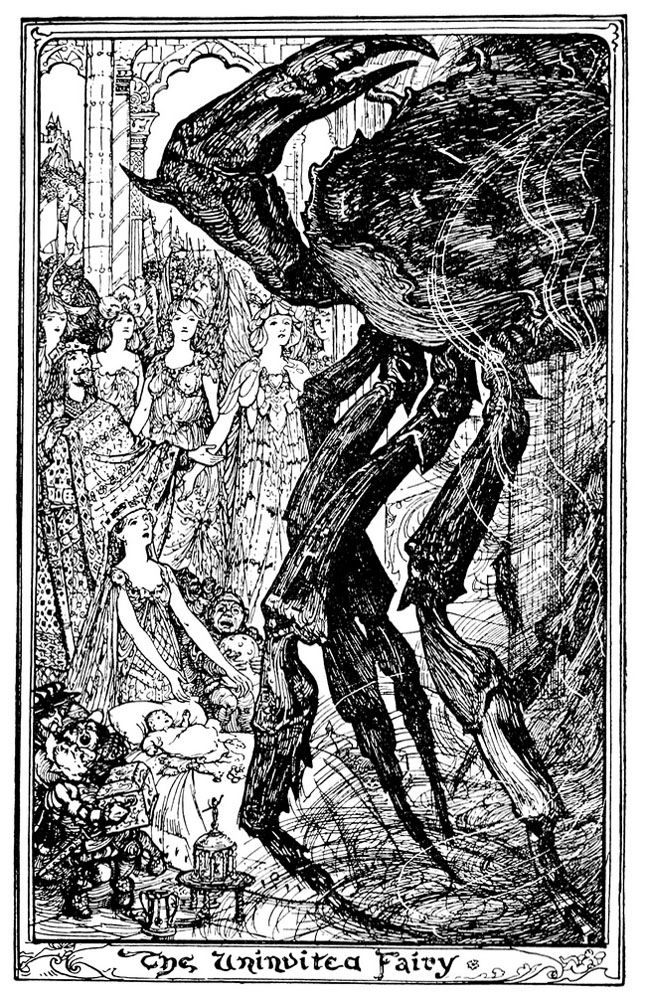