The young man swims down to me in my glass palace at the bottom of the sea.

My father, who is a powerful troll, has trapped me here. He has made everybody dependent on him—all the kings in the country are in his debt, and all the creatures of the forest rely on him for food.

I tell the youth that to free the world, he will have to solve my father’s riddles. The first riddle will be: “Where is my daughter?”

Answer him honestly, I say: “Tell him I am at the bottom of the sea.”

He will have to prove that he can recognize me. Then the troll will ask him, “Where is my heart?”

My father will show him a whole school of fish, and he will have to seize the right one, cut him up, and show the troll his own heart.

No troll could survive that. 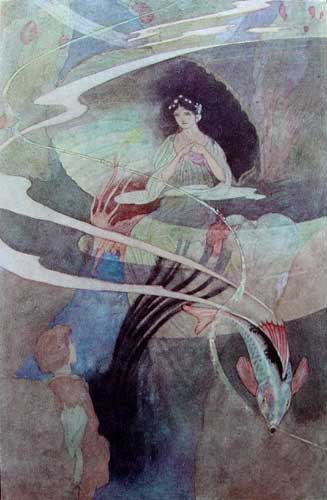