When I got into power and I married the king, I put a spell on his little son. The boy’s name was Ring. I turned him into a dog and he would stay a dog. He could never break the spell. Another prince named Ring would have to befriend him and allow him to sleep at his feet on his wedding night. What were the chances of that?

Then the dog ran off. Some time later, a prince named Ring was born. I waited for him to grow up, and then I turned myself into a hind with a ring in my horns. I lured him into the forest. When he became separated from his hunting party, I turned into a beautiful woman and met him on the seashore. I lured him into a barrel, and shoved him off to sea. I was rid of him.

Or so I thought! 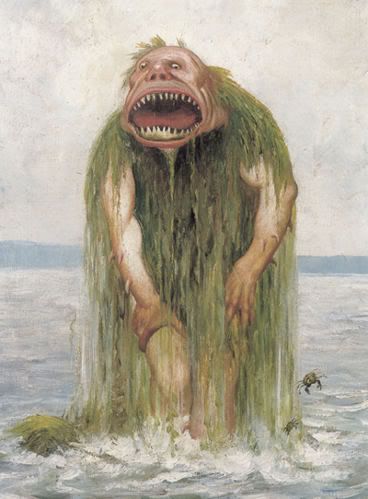