Once a young man set off to find me so that he could bring one of my golden apples to the princess he loved. He wandered through three kingdoms, but he could not find me.

Then three ravens flew over to see me. They lit on my branches and told me how the youth had saved them from starving when they were too young to fly. They also told me how he had saved three fish from suffocating, and had spared the army of the ant king.

I was moved by the young man’s goodness, and I gave the ravens one of my apples. If he cuts the apple in two, and eats it with his lady, her heart will fill with love for him, and they will live in undisturbed happiness to a ripe old age.

The Tree of Life in The White Snake, Grimms. Illustration by Walter Crane. 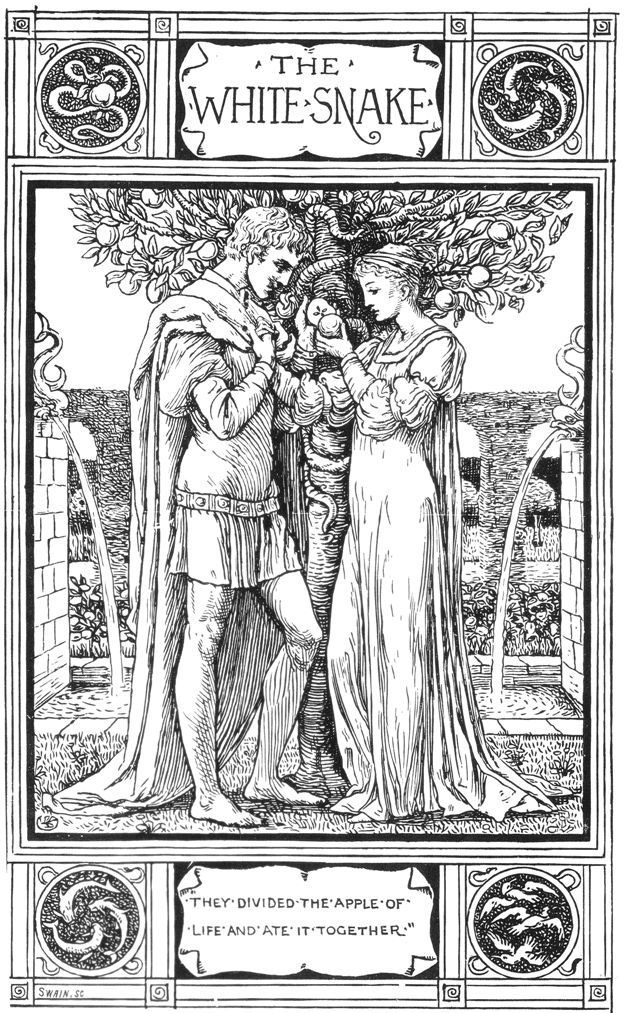