I live by the Red Sea, and I’ve had a peaceful life over the last couple of centuries. Recently, however, my peace has been disturbed by a battle that has been raging between a lion and a dragon. They are royals, of course. The lion is a prince, and the dragon is a princess. I have no idea what will break them up. They are equally matched, and their battle might go on forever.

What’s that? A maiden is coming down to the shore. She seems to be counting the reeds. What is she doing? She’s pulling a reed, that’s what, and now she’s approaching the torn-up battlefield. What a vision! Beautiful girl, and absolutely unafraid. She knows what she’s here to do. Ah, yes, she’s put her switch to the dragon and the lion, and now they are standing before one another in their human forms.

The dragon princess seizes the lion prince, and then she rushes toward me—grabs me by a wing. I’m her only way home. It is with regret that I carry them over the sea, leaving the maiden at the shore. I doubt that we will make it, because I’m not strong enough to fly across the sea without landing somewhere. In the old days, my riders carried magic nuts that grew islands of rest for me. But the days of rest are over. 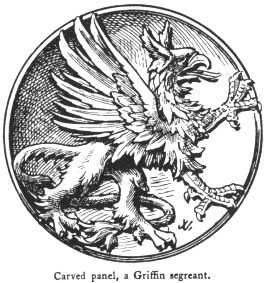