King Lino was late, and when he did arrive at the palace, he and his entire procession came in on foot. The king, who looked exactly like his image in the little portrait I’d seen, addressed me where I stood on the low balcony. His speech was shocking. He declared that the journey was long and that he had eaten his horse and had forced his courtiers to do the same. Then he demanded to see my daughter to whom he was betrothed. He had seen her portrait, but he said he did not remember it. That roused my suspicions. My daughter’s beauty makes a deep impression on everyone with a heart.

Later I went to my secret room and drew a small mirror from my chest. The mirror reflects faithfully to me anything I wish to see. I wished to see King Lino as he really was. He appeared in the mirror, dressed in dirty clothes and sitting in chains in one of the strongest prison towers of the evil magician Ismenor.

I called my daughter in to see him. Not a pretty picture, but at least we knew that the king wasn’t the horse-eating monster snoring in the guest bed! 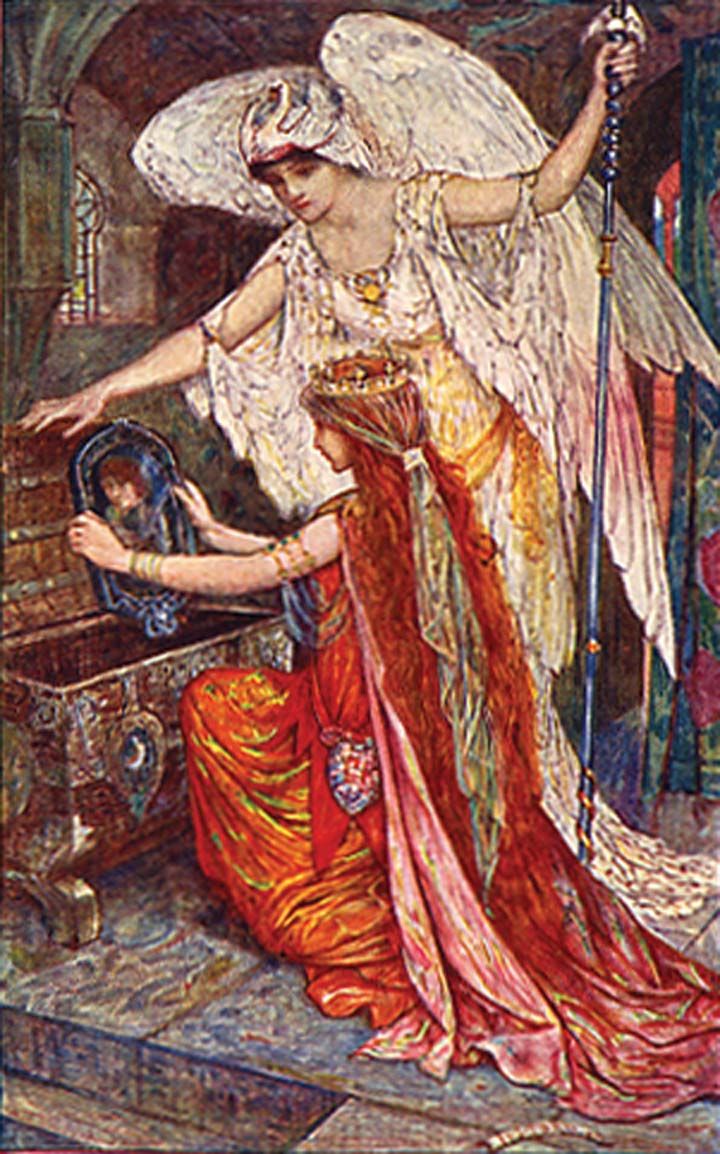