Sultan of the Indies

My son has been a joy to me, but when he came home from his adventures, he would not tell me the mystery of his good fortune. He said he would visit me frequently, provided I did not seek to know his secrets. He stayed for a few days, and then went away for some time. When he came back, he and his attendants were even more magnificently equipped than they were the first time he visited.

My vizier said he thought my son might be plotting to overtake my throne. That worried me, so I sent for a female magician and asked her to follow my son. When she came back, she said that she had tracked him to a place where the steep, craggy rocks made an insurmountable barrier. Then he disappeared into the wall. She looked for hollows and channels but could not find an opening. There was only one explanation. He had gone through the iron gate into the genies’ world and must be living with the Fairy Paribanou.

The artful sorceress has hatched a plan. She will pretend to be sick when my son comes out through the wall. He is a soft-hearted fellow and he’ll take her back to his magic castle. Then we’ll see just how fortunate he has become. My magician tells me that the Fairy Paribanou is fickle and will eventually tire of my son. We might as well profit while we can.

The Sultan of the Indies in The Story of Prince Ahmed and the Fairy Paribanou, Blue Fairy Book. Painting by Tiziano Vecellio. 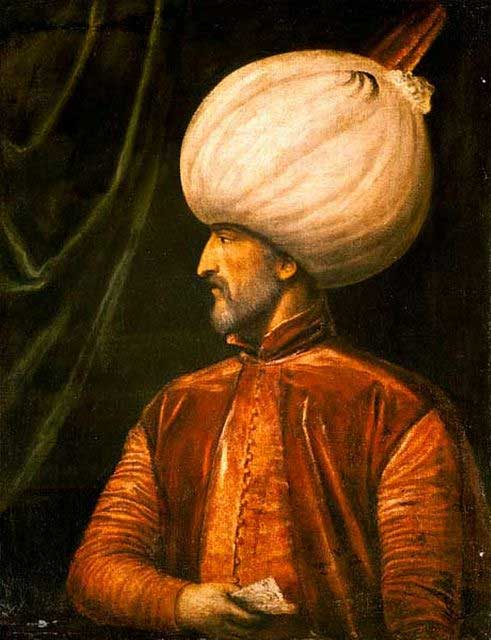