I was born with a star on my forehead, and my father lavished his affection on me. My mother was more restrained. She loved me, but not lavishly.

One day when a great washing was taking place, I noticed twelve shirts among the linens. They were too small to fit my father. I asked my mother, “To whom do those shirts belong?”

She said they belonged to my twelve brothers, who fled when I was born. My father had sworn to put them to death if my mother gave birth to a daughter.

“Where did they go?” I asked. My mother could not tell me. Instead, she took me to a chamber where twelve coffins had been made. As I stared at the death pillows, I swore to leave the castle and find my brothers who had been so wronged by my father, and by my birth!

The Star Princess in The Twelve Brothers, Grimms. Painting by Dante Gabriel Rossetti. 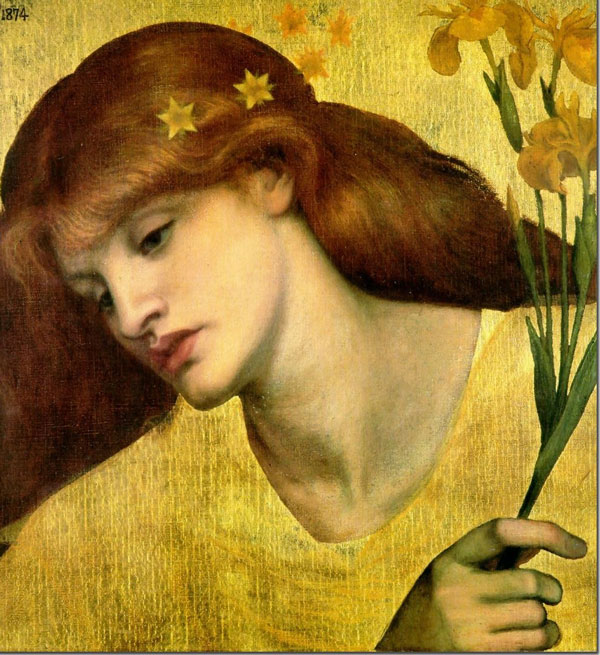