I meant to destroy that nephew of mine. It was either that, or he would destroy my son. When he had grown tall, strong, and handsome, I sent for my nephew. I said, “Manus, I know a bride who will suit you well. She is the daughter of a mighty earl.” I promised him the third part of my own kingdom, along with a great deal of treasure. The earl’s daughter wasn’t keen on the arrangement, but she went along with it.

Manus must have thought that I had warmed to him. Little did he know! After his wedding night, he came to me to ask for that part of the kingdom I had promised him.

I laughed. “Not a clod shall you have here. Go back to the hills. Go back to Old Bergen the wise man. Maybe he can show you a treasure under those stones and rough mountains!” 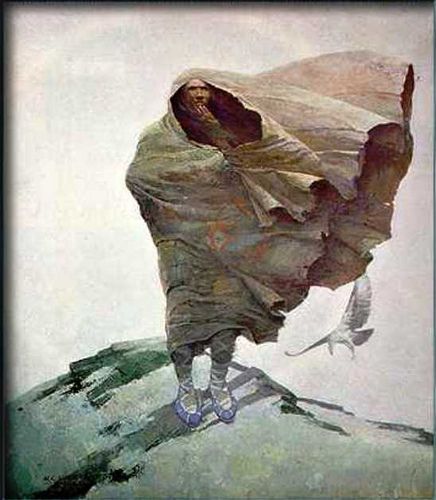