Here’s what I said to the young suitor: “You want to outwit a high and mighty princess? You’ll need a sly fox!”

He’s already used up two out of three of the three chances she gave him. He hasn’t been able to hide from her. The raven concealed him in her egg, and she found him. The fish swallowed him and swam down to the bottom of the lake, and she found him. He needs a better plan.

“Well, everyone at the market will want to know. Especially the princess. You’ll be an odd little creature, and she’ll buy you from me. When she gets home to her high castle, she’ll go looking for you through her powerful windows, but she won’t be able to see you. Why? Because you’ll have jumped up under the braid at the back of her neck. Hahaha! Get it? She won’t see her own hair!” 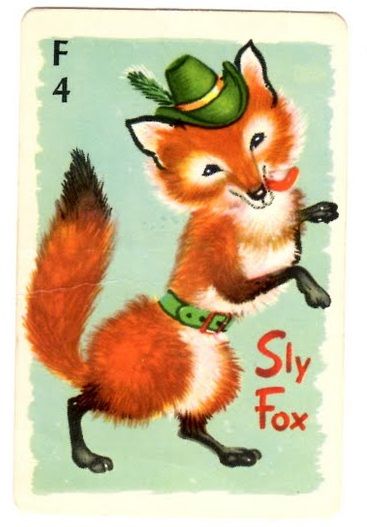