Every now and then you encounter a chap who breaks all the rules and still gets into heaven.

When Brother Lustig came to heaven’s door, I opened it and he recognized me at once. We had been friends on earth. We had met on the road, and I had given him my magic knapsack. But he was a liar and he followed nothing but his own interests, so eventually I told him I wanted nothing more to do with him.

“Let me in, brother,” he said. “I must get in somewhere. The devils wouldn’t let me into hell!”

“Then at least take your knapsack back,” he said. “I want nothing more from you.”

He passed it through the bars of heaven’s door, and then he said, “Now I wish myself inside my knapsack!”

If I weren’t a saint, I would damn him to hell, but what would be the point? They won’t take him! 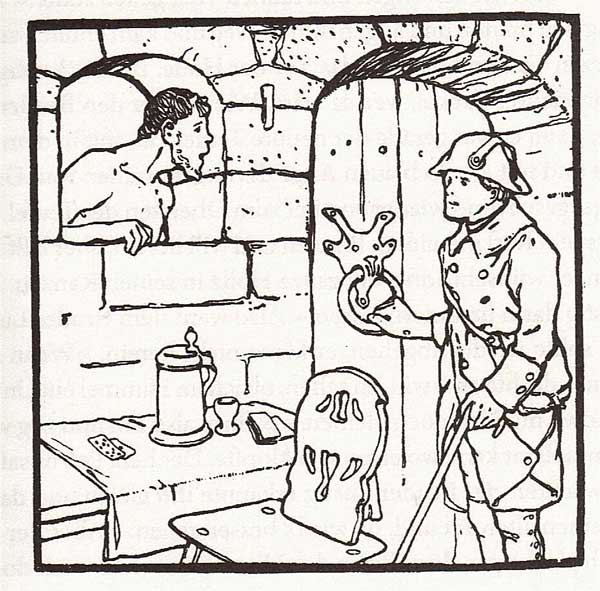