I separated the child from the evils of the world. I gave her everything! And how does she thank me, wretched girl? She lets a man into the tower. Haaah! The worm’s gotten into the apple. She’s no good to me.

I chopped off her hair and cast her away to the desert.

Now I lie in wait. When her “prince” comes calling, I’ll drop the braid to him. He’ll climb up to the window to see his pretty bird, and then he’ll see that the cat has got her. And that’ll be last thing he sees! 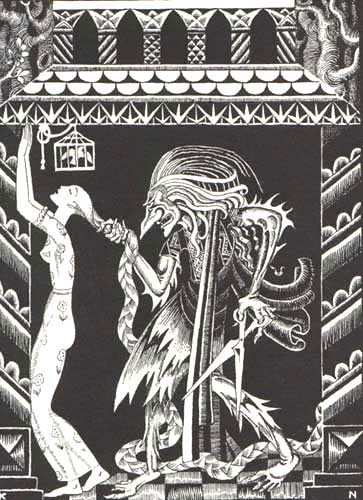 There were no answers
and her questions were received
like missiles, they seemed
to injure and by the time
she stopped asking it was
too late, she had already
been shut away
to live with her thoughts

What thoughts could she have
with so much unanswered
only “whys” that flew
out of her like arrows without points
in every direction.