Princess Who Wears a Magic Ring

I was walking with my attendants in the rose garden when a gold ring fell at my feet.

“Why, here is a ring!” I cried. “Where could it have come from?” I picked it up and put it on my finger. It fit me as though it had been made for me. Just at that moment my father approached.

“Look what I have found!” I cried. He didn’t think it was worth much, but I liked it.

As soon as I returned to my room, the ring suddenly left my finger and became a man. I was terrified, but then he instantly turned himself back into the ring. Then he became a man again. He went back and forth until I began to get used to the changes.

“I am sorry I frighten to you,” he said. He told me that his name was Hans, and he had taken refuge in the form of a ring because an old hill-man was trying to kill him.

After that, we became great friends. I wore him on my finger, and he only changed when no one else was present. Then one day when we were talking in my room, the king entered suddenly. Hans quickly turned himself into my ring, but it was too late.

My father was so angry that he walled the two of us into the summerhouse. He gave us three days’ worth of food and left us there to starve. 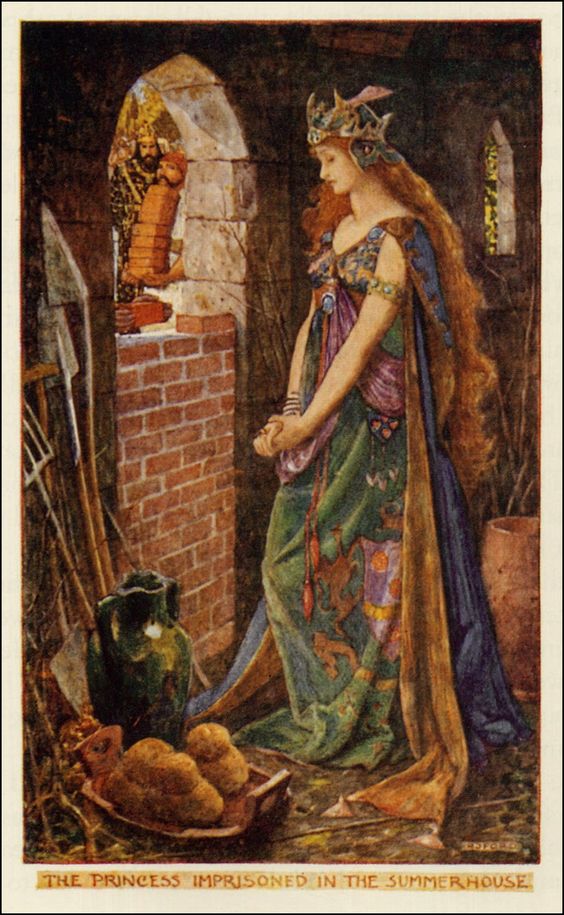