Princess Who Marries a Pig

I knew from the moment I heard him speak that he was not an ordinary pig. But he was still a pig and he had come to the castle to marry me. I had no escape. The street was full of pigs. All the pigs in the world had come to the castle that day. What could I do? It had been written in the Book of Destiny that I would marry a pig!

We drove away in his carriage. He stopped the coachman when we passed a bog, got out, rolled in the mud, and climbed back into the carriage. He wanted a kiss. What could I do? I pulled out my handkerchief, wiped his snout, and granted his wish.

That night, after supper, I undressed and lay in bed, terrified. The door opened, and a man came in. A beautiful man, well-spoken and gentle. When dawn arrived, he rolled out of bed, a pig once more. A pig by day and a man by night. I endured the humiliation. Nobody truly knew him.

But when I asked him how he had been turned into a pig, he would not tell me. The subject was forbidden. 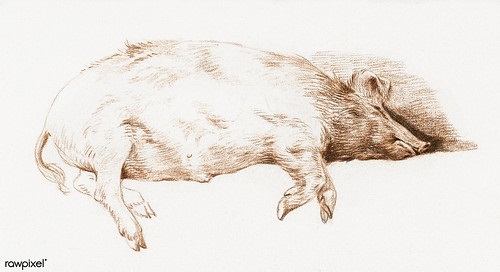