Princess Sacrificed to a Dragon

I was led to the shore in a great procession and tied to a stake. Soon the dragon arrived, skimming swiftly along the waters. I prepared myself for death but then a fox came trotting along the shore. He drew the brush of his tail along the surf and scattered salt water in the eyes of the monster. Soon he was joined by a bear and a lion, who threw up more water with their paws. The dragon was bewildered and could see nothing.

At that moment, a young prince rushed forward with his sword and sliced through all the dragons’ heads. His animal friends tore the creature’s body to pieces while he cut me loose. I thanked him for delivering me from the dragon, gave him my ring and half my handkerchief, and asked him to come with me in my carriage. We would drive back together to my father’s palace.

The prince had a large following of animals, and they trotted behind the carriage as we returned to the palace.

On the road back, the coachman stopped the carriage. He and the footman pulled the prince out of the coach and murdered him before my eyes. I watched, helpless, as we drove away from his body at the roadside.

The animals gathered round him, but it was too late to save him. What could any of us do?

Princess Sacrificed to a Dragon in The Three Princes and Their Beasts, Violet Fairy Book. Painting ‘Andromeda’ by Sara Page, 1902. 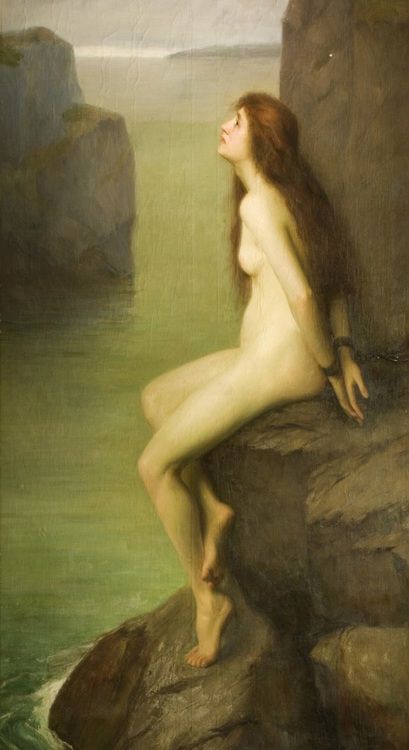