I have been snatched by the Lord of the Air and imprisoned in a huge, unfamiliar palace. He is demanding that I marry him, but I will not, no matter how much he storms around.

He has left in a fury. What is this? A pen is rising up on the desk, all by itself. Now it is writing on a sheet of white paper. What is it saying? It is a poem! The writer is expressing love and promising to release me from captivity. How strange. Who could the writer be? 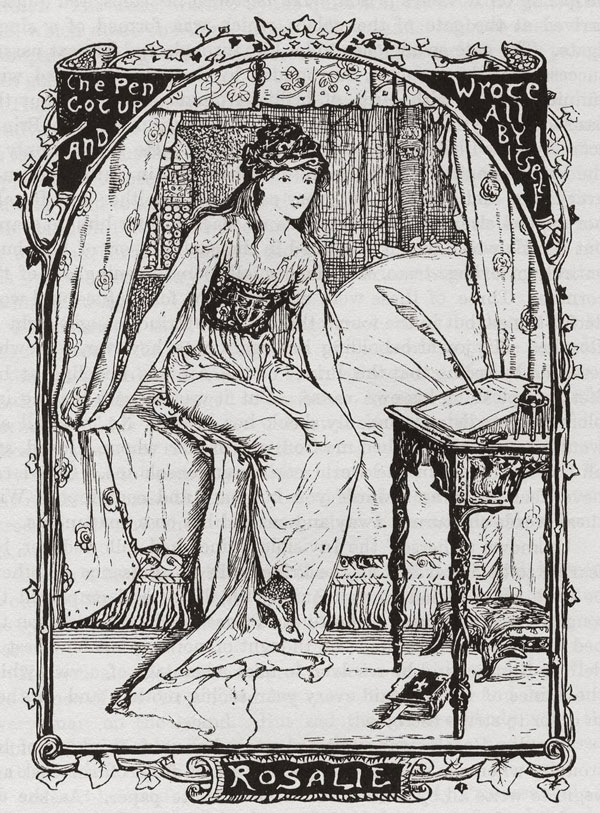