Prince Loved by the Undine Queen

I spent seven years living under the lake with the ravishing green-haired undine queen. She wanted to marry me, but I only thought of Abeille. “It is only Abeille I wish to marry,” I said repeatedly. “Let me go home. Please.” I might as well have been talking to the wind. Eventually she became furious with me, and imprisoned me in a crystal cage that was built around a pointed rock.

I remained there for some time, and then one day a little bearded man wearing a crown and spectacles found me. He had been methodically making his way to me at a very slow pace. He touched the cage with his ring and it split from top to bottom.

He led me through the caverns and mines, and then he pointed to a flight of steps ascending to earth. “Follow that path and you will find yourself in the world again,” he said. “Farewell.”

“If you must bid me farewell, please say that I shall see you again,” I said. “After what you have done, my life is yours.”

“What I have done is not done for your sake, but for another’s. It will be better for us never to meet again, for we can never be friends.”

I studied his stern face. I never imagined that my deliverance would cause me such pain.

Prince Loved By the Undine Queen in The Story of Little King Loc, Olive Fairy Book. Image by JC Leyendecker. 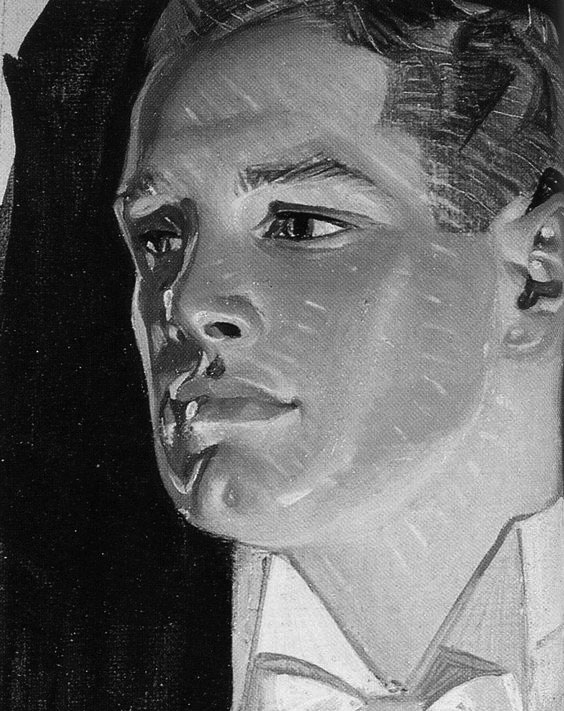