Old Woman in the Robbers’ Hut

Such a handsome lad he was, oh…there was something about him…what’s the word? Special. That’s it.

He’d gotten lost in the woods and he found our little hut. I told him he couldn’t stay here—we’re all robbers—and the boys would kill him.

The fellow was bone tired, too tired to be afraid. He stretched himself out on the bench and fell fast asleep.

I noticed he had a letter in his pocket, so I took it out and read it.

When the boys came home, they were furious that I’d let the lad into the house. Then I showed them the letter. It was written to the queen and it said, “Kill the boy and bury him before the king returns.”

The boys laughed. The poor fellow was a dead man and he didn’t even know it! They weren’t about to let things be, so they changed the letter to read, “Marry this fellow to the king’s daughter at once!”

The Old Woman in the Robbers’ Hut in The Devil with the Three Golden Hairs, Grimms. Painting by Boris Ivanovich Kopylov. 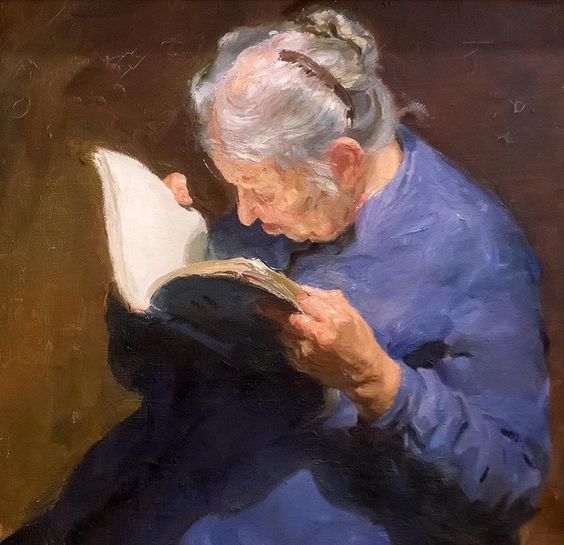