Old Man Who is Swept Away

My son is a powerful leader and hunter, which is why I was surprised that he came home from the hunt empty-handed.

“I have not returned empty-handed,” he said. “Have I ever done that? No, I have slain enough meat to feed us for many moons. I was tired, though. I left the pack on the bank of the great river.”

He wanted me to go and get it, so I rose and left. I crossed the river and found the pack on the other side. I strapped the meat on my shoulder, but as I was crossing the ford, the strap broke and the pack fell into the river. I stooped to catch it, but it swirled past me. I tried once again to grab it but in so doing I lost my balance and was caught by the rapids.

I was knocked against some rocks, and I sank and drowned. My body was carried down the stream into smoother water and eventually it rose to the surface again. By this time I had lost all likeness to a man. I had been changed into a piece of wood.

Old Man Who is Swept Away in Adventures of an Indian Brave, Orange Fairy Book. Painting by N.C. Wyeth. 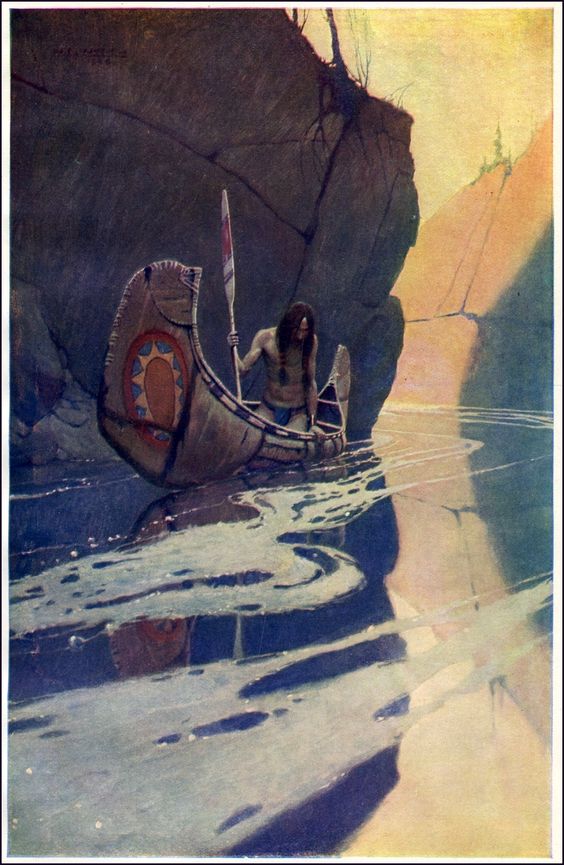