For a long time, my hut stood empty in the depths of the dark forest. Then twelve brothers came along and set up house. They never saw me, but they knew that my hut was bewitched, for twelve lilies mysteriously appeared in the garden as soon as they arrived. They took great care with those lilies until their sister came along.

She was a kind girl. She helped with the housework, but then one evening, thinking she would give her brothers a little pleasure, she plucked the lilies in the garden. Thoughtless girl! The moment she pulled the flowers, her brothers were changed into ravens, and they flew away into the forest.

“My child,” I said, appearing to her. “What have you done? Why did you not just leave the twelve white flowers alone?”

Old Forest Witch in The Twelve Brothers, Grimms. Illustration by John B. Gruelle. 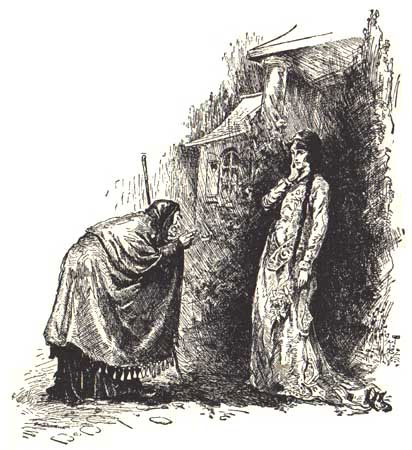