Mother Who Escapes With Her Son

I was so proud of my son when he stood up to the robbers. He was only ten years old, but he had a strong club and the robbers were drunk. The captain punched him so hard he fell to the floor, but then he got back to his feet again and started swinging his club. When he was finished, the men were all on the floor, and none of them could move their arms or legs.

He turned to me. “Now take me to see my father,” he said.

I took the captain’s key and unlocked the front entrance while Hans fetched a meal sack and stuffed it with gold and silver.

I will never forget the look on Hans’ face when he came out into the sunlight and saw the green forest. He hadn’t been outside since he was two years old. He stood there, amazed at the flowers, the dazzling sun, and the singing birds. At first he thought that he wasn’t quite right in his head, because he had never been exposed to so much light.

Mother Who Escapes With Her Son in Strong Hans, Grimms. Painting by Camille Pissarro. 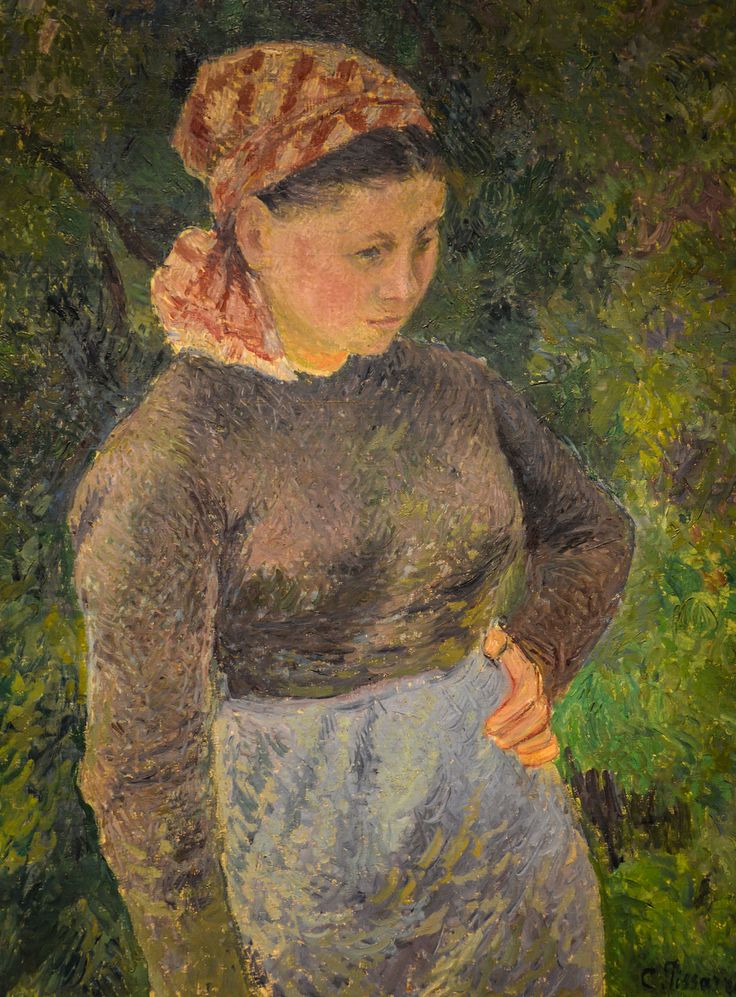