She’s becoming homesick, sweet girl, though the conditions of earth are not better than the ones down here.

Everything in time. She has served me well, and I have enjoyed having her company.

I take her hand and I lead her to a large, open door. She stands on the threshold, and a shower of gold falls on her. It clings to every part of her. Then the door closes between us.

She will find herself on earth again, with her shuttle in her hand, not far from her mother’s house. 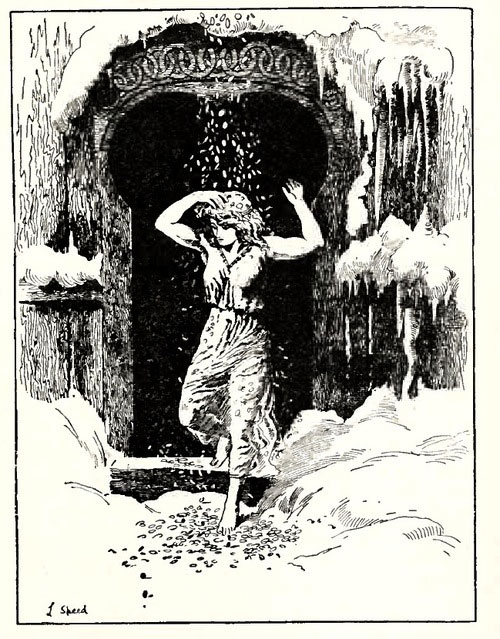 I could write thousands of words
about fairy tales
but I have this inner spinner
who won’t be dismissed
and insists
that I bring the stories in,
one at a time
shear them from the page
comb them and spin
the lines around my bones

‘Opinions mean nothing to me,’
says my inner Mother Holle

‘You either take a fairy tale in
or you dismiss it,’ she says,
But it can be useful to know one,

‘Even a simple one,’
she says, winking at me
as if I were that one
that she is getting to know

As if I were that one
who would leave her house
covered in gold.”