Our realm is not large. In fact, it is so small that you can easily walk round it in one day. We are a simple people and we listen to all our subjects, without exception. For that reason it is often difficult to decide on anything.

Our son Petaldo is different. He knows his own mind, and so he makes his own decisions. Unfortunately, however, the powerful fairy Gangana has ordered him to marry her niece (should she ever have one.) Petaldo refuses to be assigned to someone who doesn’t even exist. Besides, he has fallen violently in love with the daughter of a dairy farmer. It’s time he married, don’t you think? He’s twenty-five. He’s waited long enough.

The fairy will not be happy, and my husband and I are afraid of her wrath. She could easily turn us into birds or snakes or even stones. So we have had to make an awful decision. We will disinherit our son in a show of disapproval, and then the fairy will think we’re siding with her, and will have no reason to be angry with us. I’m sure Petaldo won’t mind, as long as he can marry.

The Mild-Mannered Queen in The Punishment of the Fairy Gangana, Olive Fairy Book. Painting by Franz von Stuck. 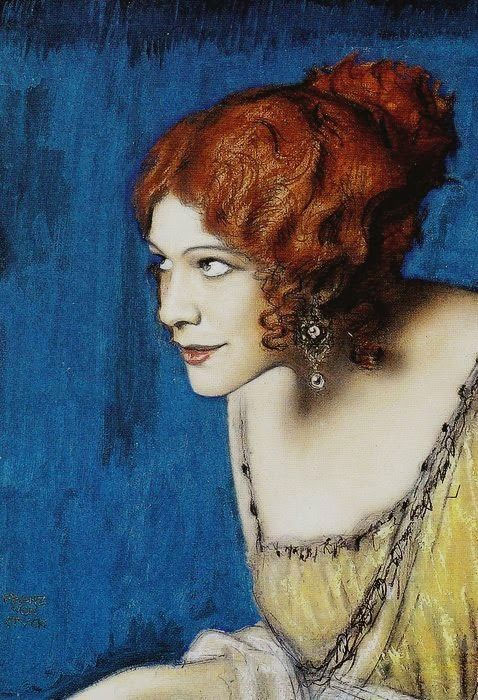