When I was sixteen, I hadn’t seen anything of the world beyond the palace walls. Then one day, my mother and father called me to them, and my father told me a marvelous story about the time before I was born. He and his crew had been shipwrecked in a storm, and just when the ship was about to be smashed to pieces on the rocks, a mermaid rose out of the water. Dancing on the waves, she told my father that she would save him and his crew if he would give her his first-born son.

That son is me! My father said that I should leave the palace and go where the mermaid would not likely find me. I began to pack right away. I took off my smart velvet coat and put on a coat of green cloth. I refused the beautiful bag my mother gave me to hold my food, and slung a leather knapsack over my shoulders.

Then I bid my parents farewell, and set off inland.

The Mermaid’s Prince in The Mermaid and the Boy, Brown Fairy Book. Illustration by. H.J. Ford. 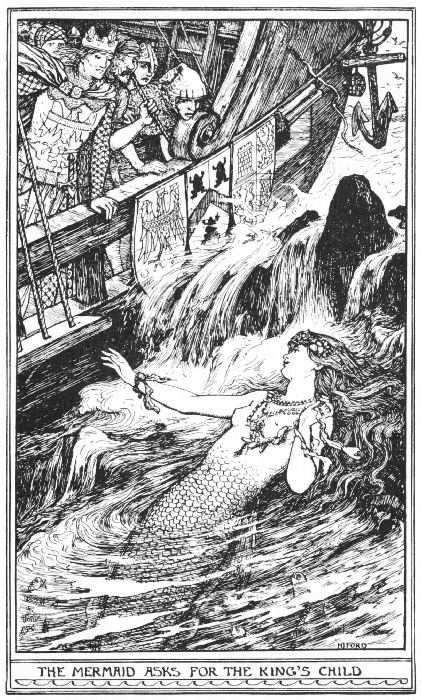