I would never have let the strangers in through the door. But my little daughter, Anastasia, begged me to let the three old beggars sleep in the house.

I could not refuse her, so we let them in and gave them the loft. During the night, Anastasia crept up to the loft and peeped in.

The three old men stood in the middle of the room, leaning on their sticks, with their long grey beards flowing down over their hands. They were talking together in low voices.

“What news is there?” asked the oldest one.

“In the next village the peasant Ivan has just had his seventh son,” said the second. “What shall we name him, and what fortune shall we give him?”

The third whispered, ‘Call him Vassili, and give him all the property of the hard-hearted man in whose loft we stand, who wanted to drive us from his door.”

After a little more talk they took their belongings and slipped out of the house.

Anastasia ran straight to me and told me everything. No way would I let those strangers take my fortune!

The next morning, I went to the village and asked the parish priest to tell me if a boy had been born. The priest said, “Yes, he is the seventh son of Ivan, and he has been called Vassili.”

I went to Ivan’s house and told him that I would give him a thousand crowns for the child. He took the money and gave me the boy. When I had driven some miles away, I carried the child to the edge of a steep precipice and threw him over. “There,” I muttered, “Now try to take my property!” 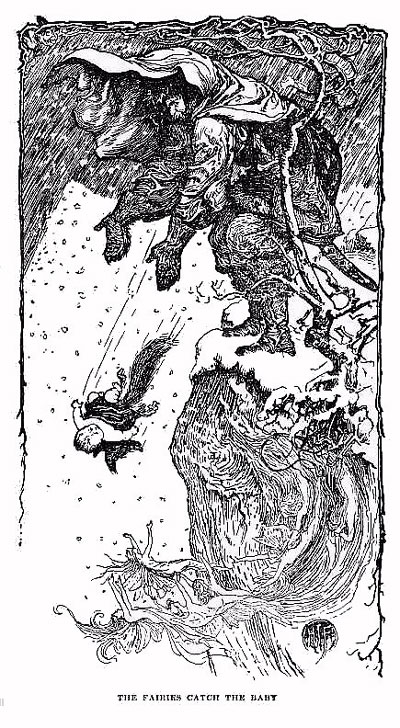