During the day I took my rest under a tree in the forest and listened to the lark sing. No one in the world was dearer to me than the lark.

Then one day, a man and his servant came along. They saw the lark sitting at the top of the tree, and the man told his servant to climb the tree and catch her.

I leapt up, shook myself, and roared till the leaves on the tree trembled, “I will devour the man who tries to steal my singing, soaring lark!”

The servant leapt back, and the man apologized. He said that his daughter had asked him to bring her a lark. He tried to make amends by offering me money. I didn’t need money. I told him I would let him have the lark if he gave me the first one to greet him on his return home.

“That would be my youngest daughter,” he said. “She loves me best and is always there first. Oh, but I cannot give you the one who is dearest to me.”

His servant (who was terrified) said, “Why rush to conclusions? It might be your cat or your dog who greets you.”

After a while, the man was persuaded. He took the lark and made his way home. As for me, I looked forward to meeting his daughter. 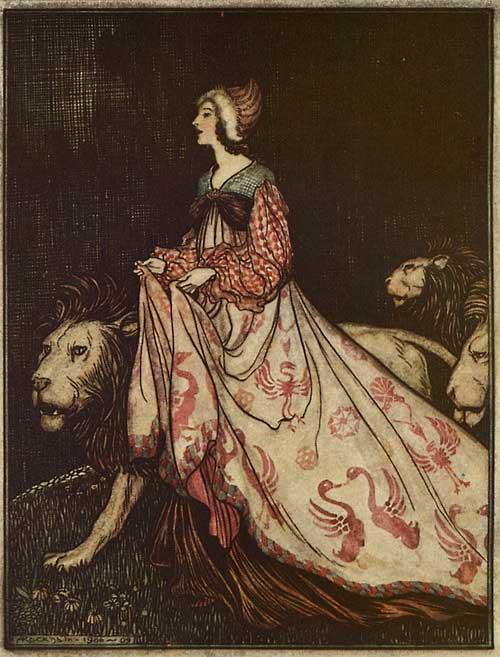