An audacious fellow came in today and presented me with something he called “Russian salt.” He wanted to trade it in the city. I’d never heard of such a thing as salt. It looked like nothing more than a pile of white sand.

I sent him away but later when I sat down to dinner, the cook served me the most savory meal I had ever eaten. I called her in and she said she hadn’t done anything differently. But she did mention that the merchant who had asked to trade salt in the city had been sitting in the kitchen.

I told her to send him out, and he came in and confessed to seasoning the food with his magic powder. You may be sure, I bought that salt. I bought the whole ship’s cargo! 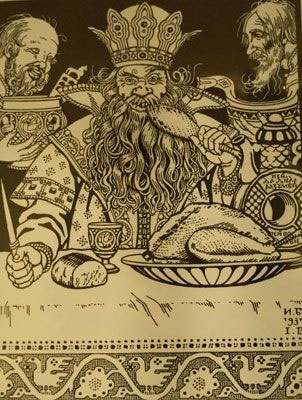