King Who Tries to Change His Daughter’s Fate

I used to enjoy going off on lonely adventures. I would disguise myself as a peddler, traveling around with my wares. By this means, I would find out what the common people were saying about me, and how my governors and judges were fulfilling their duties. My other great pleasure was the hunt, and no creature escaped me. Then one day I set out after a beautiful snow-white stag. I was determined to have the trophy at any cost. I chased it all day long without success. When night fell, I found myself in a valley with rocky mountains on all sides. My horse had fatigued and I had shot all my arrows.

I noticed a light and followed it to the shoulder of a hill. Down below, a stream dashed through the precipitous glen. I led my horse, sliding and stumbling, down the steep and stony path. At the bottom, sitting by the stream, was an old hermit with a long white beard. He was throwing dry leaves into the stream, and when I inquired about what he was doing, he said that he was reading the fates of men.

I asked him if he would read the fate of my daughter who had just been born. At first, he resisted, but when I insisted, he gave me a reading. He said my daughter would marry a slave woman’s son. I wasn’t about to let that happen, and so I set off on a new pursuit—to change my daughter’s fate.

King Who Tries To Change His Daughter’s Fate in Story of the King Who Would Be Stronger than Fate, Brown Fairy Book. Painting 16th century, artist unknown. 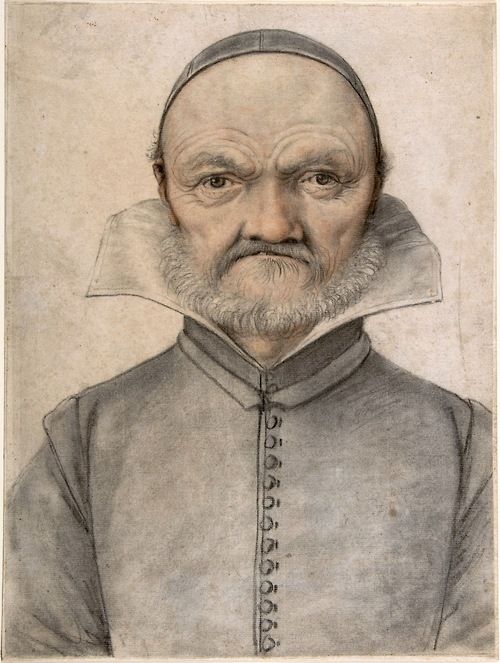