You won’t believe me when I tell you this, but here’s how I got free of them robbers. Two men came to the door lookin’ for food, an’ I said, I says: “You can’t come in here, there’s robbers living here and they’ll be home for their supper any minute.” Didn’t stop the tall fellow. He was too hungry to fear bein’ murdered. So I took pity on the men and told them to come in and hide themselves behind the stove. I’d get somethin’ for them later on.

Then, in the middle of supper, the tall fellow bursts out from behind the stove and insists on carvin’ himself a slice of roast!

“Just let me have a bite to eat before you murder me,” he says, brave as brass.

The robbers thought they’d humor him and brought out their best bottle of wine. The tall fellow made a toast. He said: “Long life to you all, but with your mouths open and your right hands lifted up!” Then all the robbers froze1 Like twelve statues. I tell you; it was the oddest thing I ever did see.

He went out and he soon came back with his soldier friends, and they arrested the whole pack of them. By then, I’d gotten out of the house, which is why I’m here to tell you the story. I’m an honest woman, and it ain’t no word of a lie! 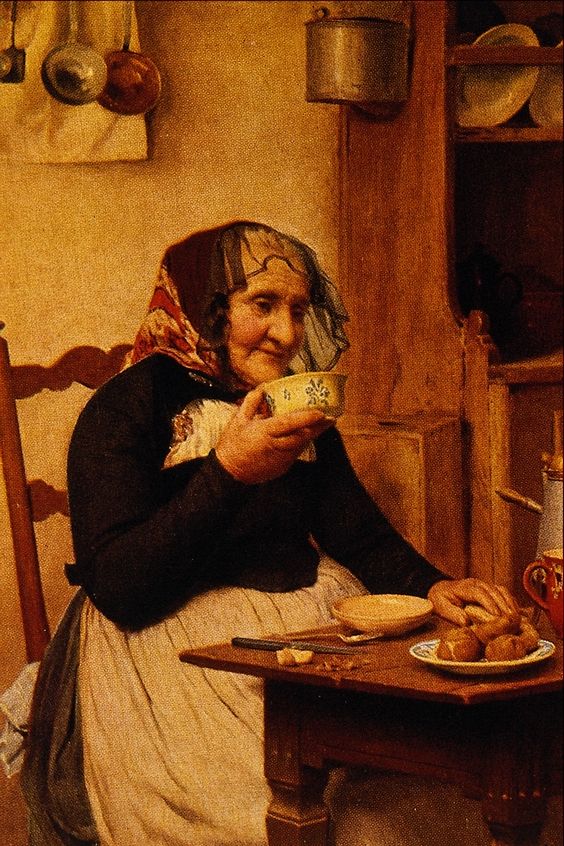