One evening, there was a knock on my door, and two tall, astonishingly handsome strangers stood before me. They asked for a night’s lodging. How could I refuse them?

Before we sat down to eat our meal, there was another knock on the door. This time, it was a poor beggar, aged and infirm. I extended to him the same hospitality I had given to the other two.

Then one of the tall men, who called himself Peter, looked at his companion and said, “Lord and master, if you please, would you cure this old man’s torments so that he can earn his own bread?”

Peter’s master stood. He asked me if I would lend him my forge. I did so willingly and stoked it with coal. Peter used the bellows, and when the fire grew large and high, his master pushed the little old man into it! He glowed like a rose bush and praised God with a loud voice.

Then Peter’s lord and master took the glowing man out of the fire and dunked him in the quenching tub. After he had cooled, the little man sprang out, nimble, fresh, and straight as a man of twenty. I asked him if he had felt the burning. “No!” he replied. “I have never felt more comfortable than when I sat in the red heat. It was as cool as the dew.”

Until then I had only heard stories of such a forge! 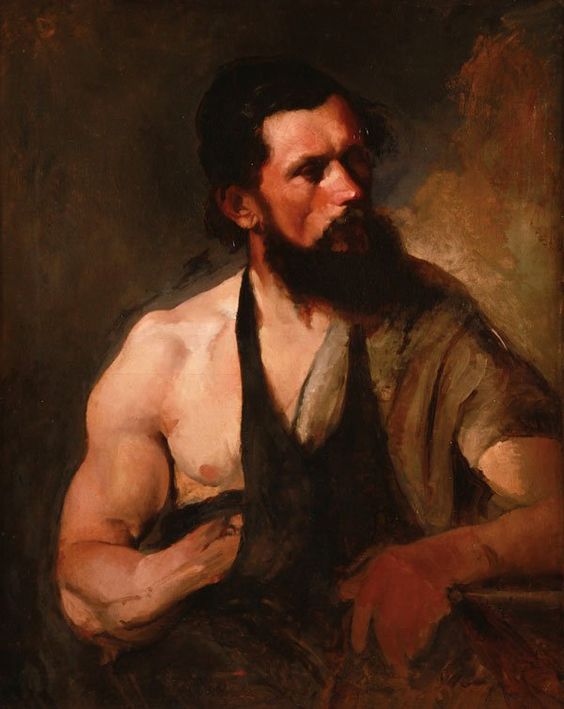