After we fought the shark, Geirlaug sprinkled some white powder over us, and the next thing I knew we were outside the palace of my parents. I hadn’t been there since I was a tiny child, but I remembered the surroundings. Geirlaug told me not to drink anything until I had spoken with my father, no matter how thirsty I became.

Why should I become thirsty? I thought. The castle gate was only minutes away. I set off, and when I went through the gate, I could see the open door of the castle. It was so near that I could see the color of the wall hangings inside, but no matter how far I walked, the door never appeared to get closer. The sun burned hotly and my tongue became parched with thirst. I couldn’t understand what was happening. What was the matter with me?

My knees knocked, my mind swam, and I staggered blindly onwards. Then I heard the sound of rushing water and saw a stream falling over a rock in a cool patch of wood. I left the path, fought my way through brambles and cast myself down beside the fountain. I completely dismissed Geirlaug’s warning, seized the cup that was hanging from a tree, and drank deeply. When I rose, my remembrance of Geirlaug had vanished, along with the memory of everything I had lived.

Then a white-haired man and woman appeared at the open castle door. “Grethari! Grethari!” they called. “You have come home at last!” 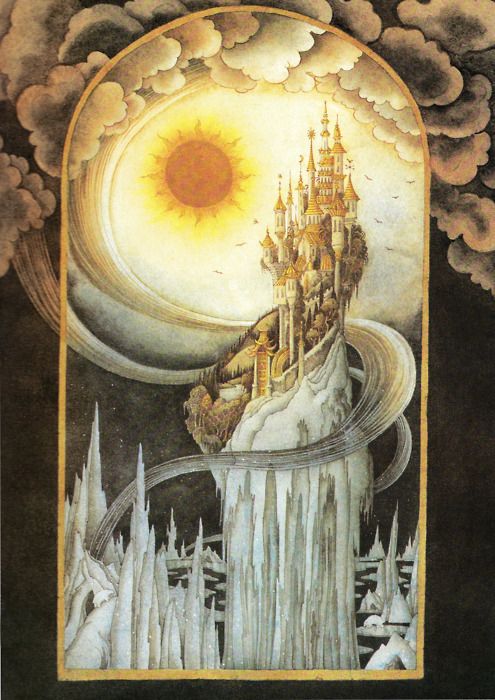