I am the youngest son of thirteen, and Death is my godfather. He was there at my christening, and my father says that he promised to make me rich and famous.

I did not meet him when I was a child, and then one day, when I had grown up, he appeared to me on the road. He said, “Come with me.” I wasn’t afraid. He led me into the forest and showed me an herb that grew there. “Now you will receive my present,” he said. “Take this herb, and I will make you a celebrated physician. When you are called to treat a patient, I will appear to you. If I stand at the head of the sick man, you may say with confidence that you are there to make him well again. Give him this herb, and he will recover. But if I stand at the patient’s feet, he is mine, and all remedies are in vain. No doctor in the world will be able to save him.”

The Physician Godson of Death in Godfather Death, Grimms. Illustration by John B. Gruelle. 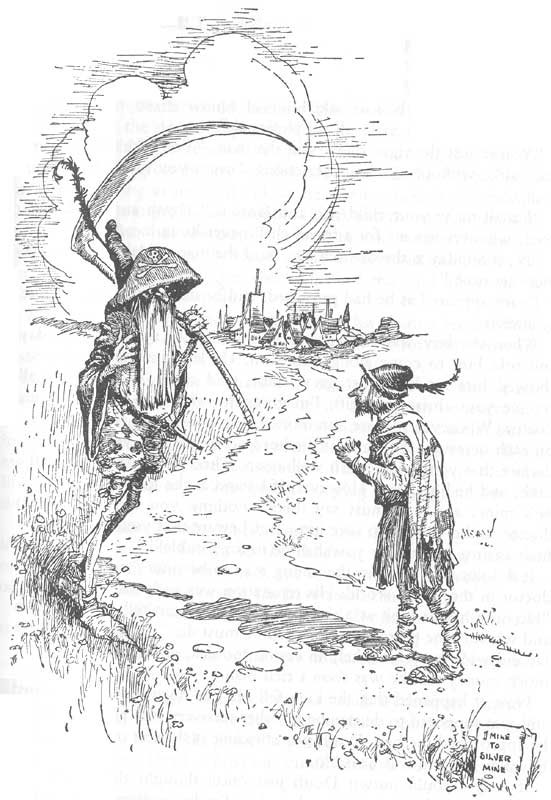