I told the goldsmith he shouldn’t do it! But he wouldn’t listen to me. He insisted on going back to the place where the little folk were dancing. We had found them once, and they sent us away with coal in our pockets. By morning, the coal had turned to gold.

He went off and came back looking a fright. He already had a hump on his back, but now he had two: one in the front, and one in the back. His pockets were full of coal, and there was no gold for him. On top of all that, the wee folk had made him bald!

Poor fellow. He had nothing. I had a little, so I let him travel on with me and share my wealth. 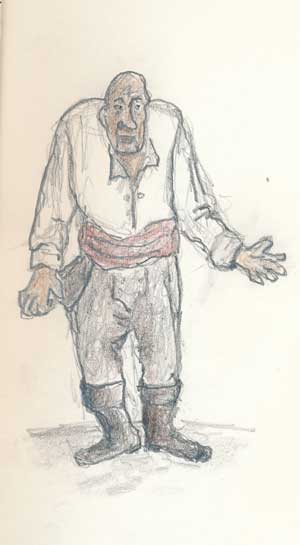