The prince and I are good friends, and we often compete to see whose arrow can fly the highest. When one of our arrows pinned the feather of a golden bird, I claimed the arrow as my own. The prince said it was his arrow, and when we couldn’t settle the dispute, we took it to the king.

I strenuously argued my case until the king lost his patience, and he said to me, “The feather is yours, and yours it shall be, as long as you find the golden hen who is missing it from her tail.”

If I don’t return with the hen, he will have my head. It’s a high price to pay to wear this feather in my cap!

The Gardener’s Son in The Sister of the Sun, Brown Fairy Book. Illustration by H.J. Ford. 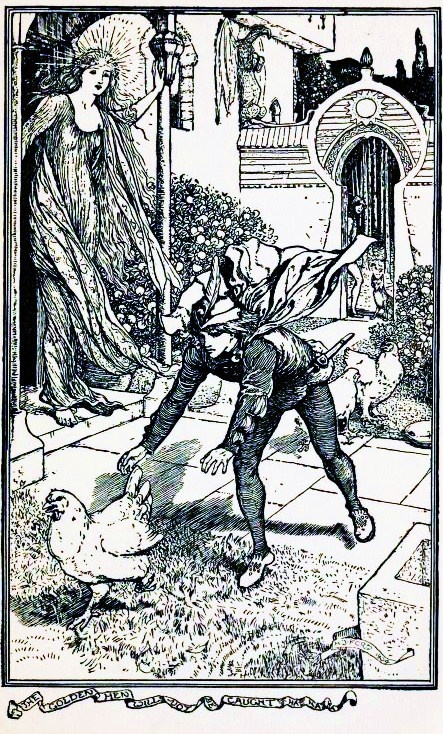