Frog Friend in the Underworld

The queen did not wish to stay in the underworld, and who could blame her? It was a dismal place inhabited mostly by dragons, reptiles, and ravens.

A fairy in the shape of a lion kept her imprisoned there. She asked me how she might escape, and I didn’t know, so I consulted my magic cap.

I took it off, laid in a box, and threw in some sprigs of juniper, some capers, and two peas. Then I murmured a few magic words.

In a few moments, we heard a voice speak from the cap. “Fate, who rules all, forbids your leaving this place until the time when certain things are fulfilled. Instead, a gift will be given to the queen that will comfort her in her trouble.”

The queen didn’t know that she was about to have a baby because she had been so distraught, but in a few days, she had the most beautiful child in the world lying beside her!

Frog Friend in the Underworld in The Frog and the Lion Fairy, Orange Fairy Book. Picture by Joseph Kronheim. 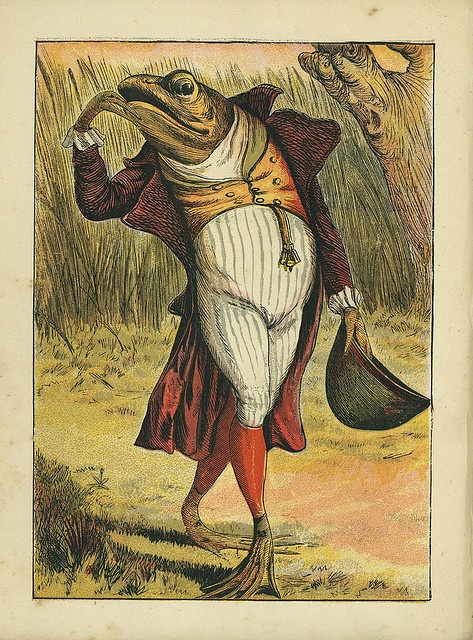