A terrible war broke out, and the king and his army were beaten back until finally they retreated to the town and prepared for a siege. It lasted so long that food supplies ran out, and even at the palace there was nothing to eat.

My goddaughter was weak and miserable. I appeared to her and told her not to cry. I would carry her away from all of this. I could do nothing for the others.

I instructed her to follow me, and we passed out through the gates of the town and through the army outside. Nobody stopped us because I had made us invisible. Once we were clear of the enemy, I changed her clothes into those of a peasant, and altered her face completely. I gave her some magic words and told her that when better times came, she needed only to whisper the words into her egg basket, and she would look like herself again.

Then I left her to wander and find a safer place.

Fairy Godmother of Dotterine in The Child Who Came from an Egg, Violet Fairy Book. Illustration by H.J. Ford. 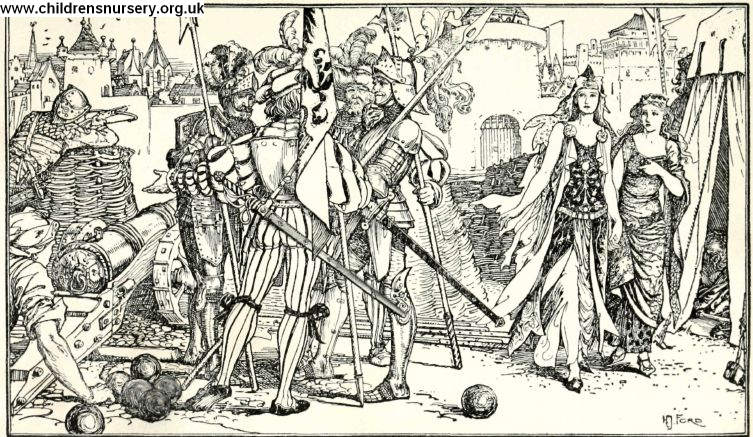